Jason Wee was born in Singapore and lives in New York.

Wee’s work is best characterised by his history. He came to art after sojourns in theatre, poetry, queer activism and political theory. Working across a range of forms including photography, drawing, sound, writing, painting, and site-specific installation, his practice focuses on failures and disappearances in and of the cultural field. He is currently exploring the landscape as technology, theatre as non-sites and the poetic in art. In 2005, He was a studio fellow in the Whitney Museum Independent Study Program. He is recently appointed to the faculty of the International Center of Photography, New York. His sixth solo exhibition is opening in Utterly Art, Singapore in October.

“Landscapes: A View of The Ground” – Fresh from his S’pore Biennale installation, Jason Wee presents his homecoming photographic and digital solo show – 5th to 15th Oct 2006

Young Shell-NAC Scholarship Awardee for 2004, Jason Wee, is back from the Parsons School of Design (remember Project Runway?) in New York not just for his installation “1987” at the Singapore Biennale, but also for his next solo show here. He presents a desolate series of photographic landscapes and digital works which can be seen at Utterly Art Exhibition Space, 229A South Bridge Road (2nd Level), Singapore 058778 from Thursday 5th to Sunday 15th Oct 2006. The opening hours are from Monday-Saturday: 11.30am - 8pm and Sunday: 12pm – 5.30pm. We can be contacted at 6226 2605 (Kenneth or Keng Hock) or through utterlyart@pacific.net.sg. The opening reception will be held on Thursday 5th Oct 2006 7pm. Members of the press are most welcome to attend. Attendance at the exhibition is FREE.

Jason Wee's sixth solo exhibition develops his ideas around the landscape as a category of images. Continuing from his work in the Singapore Biennale and his seminar at the International Center of Photography, Jason Wee creates two new bodies of landscape images. The first are vanishing point photographs of places devoid of most identifying features. These images, minimal and desolate, can also be described as images of non-places. The second is another series of non-places. A rendering program is used to recreate an 'old' landscape of Singapore, using maps predating the 17th-century arrival of the East Indies Company. These startling photographs, while photorealistic, are completely digital creations; they call into question our attachment to place, and our perception of solid ground.

Jason Wee was born in Singapore in 1978, and lives in New York. Recently a Studio Fellow in the Whitney Museum Independent Study Program, Jason works with photography, sound and installations. Multimedia installations have included Farewell at 5pm (Singapore), and 1987 at the first Singapore Biennale. He was awarded the prestigious Shell-NAC Award, Singapore’s largest award for emerging artists, in 2004. He is actively making work internationally, having exhibited in Kuala Lumpur, Singapore, and New York. Jason is also known for his critical writing and poetry, which has been published in Art Papers, Vehicle (Singapore), Softblow, the2ndRule, QLRS & The Substation. He graduated from the National University of Singapore (BA (Hons) in Political Science), and Parsons School of Design (MFA Photo). He begins a position as Adjunct Faculty at the International Centre of Photography in New York this Fall. 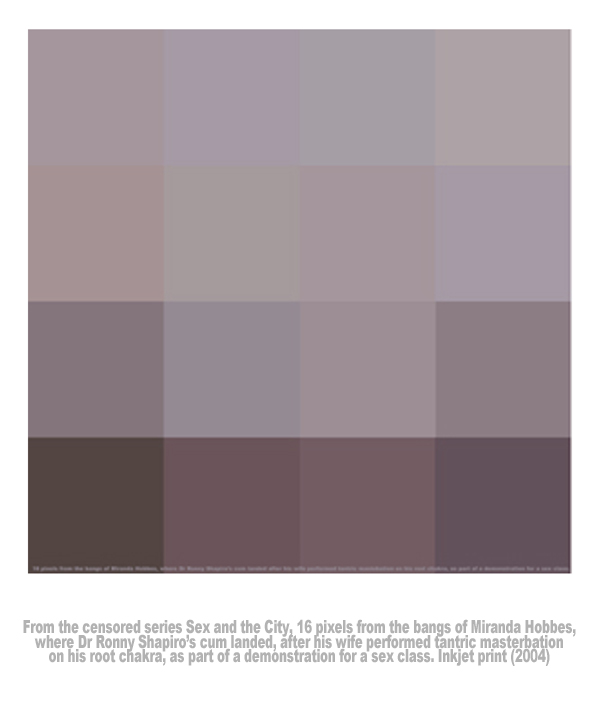 
Exploring the difficulties of leave-taking and departures, as well as death as a metaphor for abandonment and capitulation, "Farewell at 5pm" is a site-specific exhibition that employs the gallery as a cultural site.

In his first solo exhibition for the year, digital photographer Jason Wee takes photography to a new dimension as he explores cultural loss and memory in the public space. Combining photography with film, poetry, visual text, and unusual materials such as ash and pillows, the gallery is being transformed to a maze of cultural memories.

Reviving censorship sensitivities, Wee targets a series of media photo-images which are originally controlled or banned, and display them as microscopic segments. For example, he takes scenes or portions from media elements such as film, television, and magazines, so to extract, enlarge, and deploy them as minimalist fields of colour. Hence, Wee examines the idea of the trace (a wisp or ghost of objects that refuses to be erased, and returns as a vague yet persisting memory).

The installations also allow Wee to further explore the subject of censorship and what is hidden from the eye (for eg., the attached image is taken from the banned series, SEX IN THE CITY). At the same time, it reinstates his notion that memories of a forgotten past are not just a vague fragment of life.

Jason Wee is a photographer keenly interested in new art and new technologies. He works primarily in digital photography, and his art has been exhibited in both Singapore and Malaysia, including this year's Singapore Arts Festival's 'Reconstruction of a City' exhibition. He is also the Editor of vehicle, a visual culture magazine, and Guest Editor for the2ndrule, an inter-media journal. Literary pursuits include publication in the anthology Love Gathers All, and being a co founder of Thursday Circle, a community of young writers. In 2000, he was a theatre reviewer with The Straits Times.

Reconstruction of a City

In the installation, 70,000 one-cent coins were used to discuss the lack of arts funding in Singapore.

Jason Wee, Artist of One Cent's Worth, said: "Also how art resists valuation - sometimes you can't talk about art in money terms, so I wanted to explore this contradiction in my work."
Email: Type hancwee followed by @singnet.com.sg

Description:
Art funding rationale provides a profusion of capital towards the orientation of particular physical sites as “art spaces”. In comparison, direct sponsorship of art production and creation remains paltry. The ironic effect of over-investing in the aura of art display and spectacle is to show up in harsh contrast the poverty of local art.

Addressing the particular capitalization of the space itself, the space allocated to the artist would be covered in coins , of the smallest available legal tender. A pool of water lies above this as an open invitation for the audience to offer their “wishes of coins. This wish-fulfillment is problematized by eight begging bowls that directly appeal for contributions yet lie just our of reach. In each bowl, a photograph of a yet to be completed artwork lies in silent appeal for support.


Jason Wee - Jason is a digital photographer and poet. His writings have been widely published, and his art has been shown in various places in Singapore and Malaysia. He was awarded the Dean's Scholarship from Parsons School of Design, New York, for graduate studies.

Title of work : One Cent's Worth

an exploration of the zodiac by Parvathi Nayar and Jason Wee.

Fortune-telling – do you really believe in that? Astrology? Humbug! Reading one’s destiny in the stars might seem a trifle anachronistic at the start of a new millennium, but many people continue not to make any major life decisions unless an almanac is consulted or a fengshui master is called in. Even the trendiest magazine has a page devoted to horoscopes so that one can chart one’s future life (or one’s life for that week at any rate) in the comfort of knowing that your fate has been foretold.

Artist and art-writer Parvathi Nayar is aware that her medium of painting is also an ancient and traditional practice – can it also be considered old-fashioned and anachronistic? Like the zodiac, painting is much respected for historical reasons, and present-day artists continue to find relevance in expressing themselves through painting -but how is it to retain its ‘edge’? Enter photographer and poet Jason – his medium is of a much younger vintage, and is today undergoing its own transformation from film to digital imaging. By exhibiting together, both artists seek to create a synergy that will invite relooking and reexamination through contrast and juxtaposition. Parvathi presents the Western zodiac, researched and reinterpreted from a personal perspective. Jason investigates the Chinese zodiac as it wields its influence over man, not from cosmic forces, but from its imposition over our bodies and minds. From the celestial musings of the two artists, we encounter a multimedia and multidisciplinary perspective that reflects the pluralistic outlook of our ambiguous times.

Jason Wee is born in Singapore, and lives in New York. He is a studio fellow in the Whitney Museum Independent Study Program. He works with photography, sound and installations. Multimedia installations have included Farewell at 5pm (Singapore), and the upcoming Singapore Biennale, opening in September. He was awarded the prestigious Shell-NAC Award, Singapore's largest award for emerging artists, in 2004. He is actively making work internationally, having shown in Kuala Lumpur, Singapore, and New York. His solo exhibition is opening in Utterly Art, Singapore in October.

Jason is also known for his critical writing and poetry, which has been published in Art Papers, Vehicle (Singapore), Softblow , the2ndRule, QLRS & The Substation.

He is educated at the National University of Singapore (BA with honors), and Parsons School of Design (MFA Photo).

2006 'Landscapes: A View of the Ground', Utterly Art, Singapore

'As It Is', Utterly Art, Singapore

'22nd UOB Painting of the Year', The Esplanade, Singapore

2003 Member of the Comparative Contemporaries 2003, organized by the International Forum for Inter-Media Arts, and the Contemporary Asian Arts Centre, Singapore; held in the Substation, Singapore.

Speaker, Singapore Forum on Politics 2003, organized by National University of Singapore; held in NUS Kent Ridge Hall. The youngest panelist in the history of the conference.